An American and his Unfortunate Van

Sometimes life throws you a curveball and you have two choices to roll with it and make some lemonade or let it frustrate and ruin your day. Today was one of those days.
My girlfriend Aysegul recently took on an added position at a satellite location of her university. It is about 100km from where we live and she teaches on Fridays.

What’s great about it is that it gives us an excuse to leave the city Thursday and return either Sunday night or Monday morning. It’s like we have to camp every weekend this semester which I have zero complaints about. I prefer off the beaten path to the big city.

Today started normally. We woke up in the mountains surrounded by olive trees. It was cold. I tried to make coffee in our Van and proceeded to almost burn it down. Oops. Lesson learned. Disaster averted. This was all in the time that a craggy Aysegul went to pee. She came back asking did I just see flames? Yes you did but it’s all good now.

Then we took a little walk and welcomed the sun and the warmth and headed to the village center where her school is located and had tea, bread and cheese and dropped her off at work. Minus the fire, all was normal and I decided to go up into the mountains to find a cool spot and nap and relax.

I spotted a road and headed that way and it climbed up to a small village surrounded by olive groves. I waved at some men drinking tea and headed to find a quiet place.

In my experience there are very few roads that lead nowhere. I found one and immediately after the pavement ended I was given a choice. Head down a bumpy rocky road or put Mavi Mantar into reverse.

I am a typical guy. Forge on I thought and headed down the bumpy rocky road only to find a gate and a left turn that looked worn and smooth. Cool I thought. Just one bad patch.

About 300meters down the road it narrowed to a trial not passable by car. Not a big problem I thought. I would just put her in reverse and flip a U-turn and be on my way.
Nope. That was not in the cards. I put Mavi into reverse and she started spinning rubber with little or no purchase.

So I got out, moved some rocks and branches and tried again.

Have you ever had one of those moments where everything just fits and becomes clear?

My next one was like that. Mavi gained some traction only to slide halfway down this incline we were trying back into. And when I mean slide, I mean sideways. Not a direction you ever want to feel a car going in unless you are a drifter and I am not.
I got out to see what could be done and immediately fell on my ass and slid down the grass hill Mavi was parked on. It didn’t look good but I decided to press on. Dumb guy here doing a dumb thing.

I started her up and she reversed down the hill and proceeded to stop parallel and facing the correct direction up the hill. It was also apparent that she was done moving by her own power for the day and I accepted it without frustration, got Gezi and her leash and headed off to the village I had just driven through in search of someone with a tractor.
I went to the tea shop I had passed and belittled myself while asking for help.

BTW, I live in Turkey and do not speak more than 100 words of Turkish. So trying to figure out how to communicate that my van was stuck and I needed a tractor was going to be entertaining to say the least.

We picked up the uncle’s tractor and after driving the wrong way with me asking why and being given the response we will turn around on the backside we arrived at Mavi Mantar.

Two hours, three guys, some broken rope and some lost skin, Mavi Mantar emerged from the thicket arriving back on pavement to three men grinning with the satisfaction of a job well-done.

Five minutes later we were enjoying tea and laughing while telling the story of the American and his unfortunate van.

Those villagers will always remember me as the anomaly that drove through their village smiling and waving like you do in a small town, to humbly asking for help with a little dog by his side to a man who was now embraced by true friendship in the most unlikely place at the most unlikely time.

Life is like that. Adventures are there for the taking if you want them and so are friendships if you are open to the idea of being wrong and being the outsider looking for help.
All well that ends well I reckon. 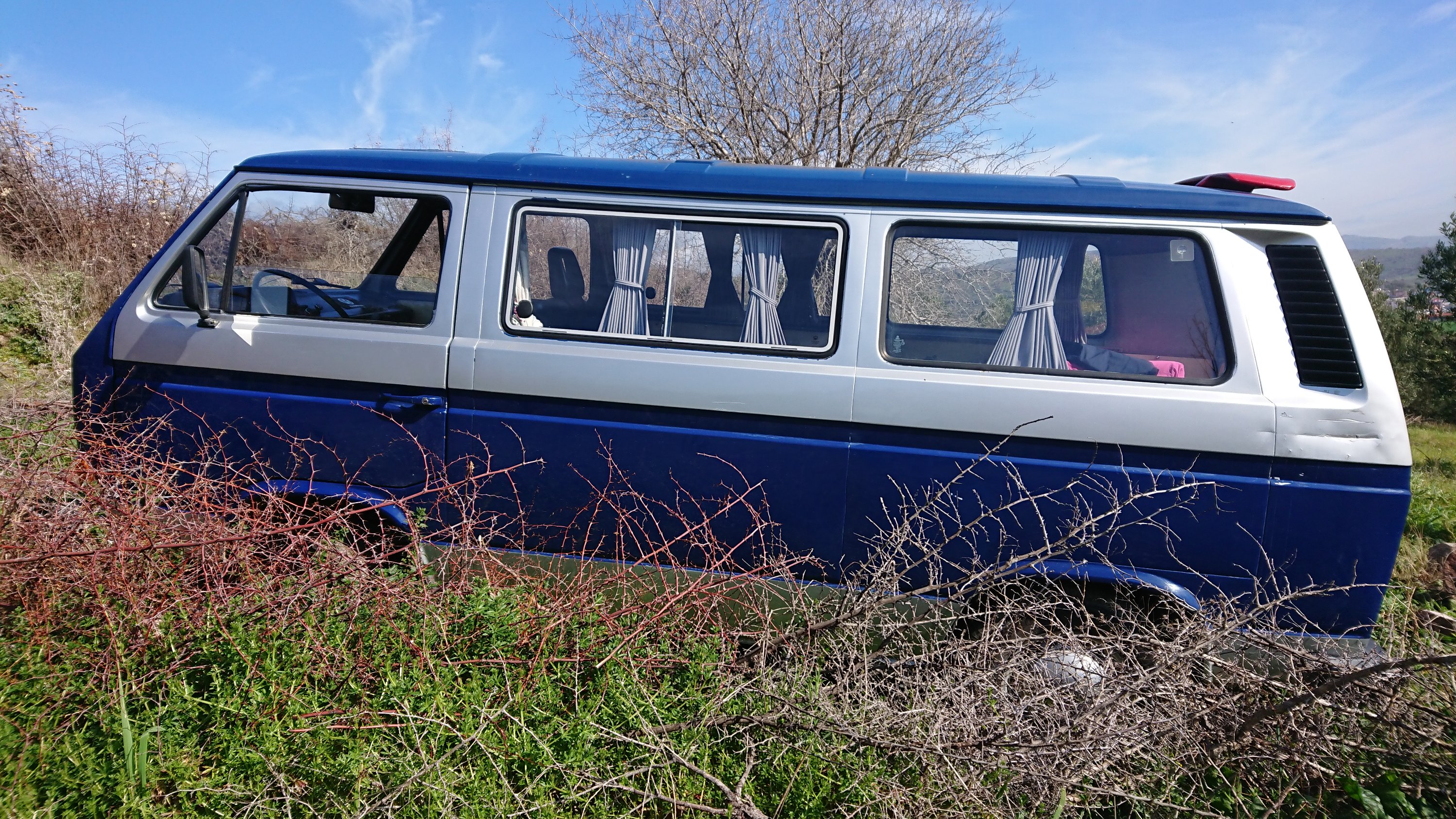 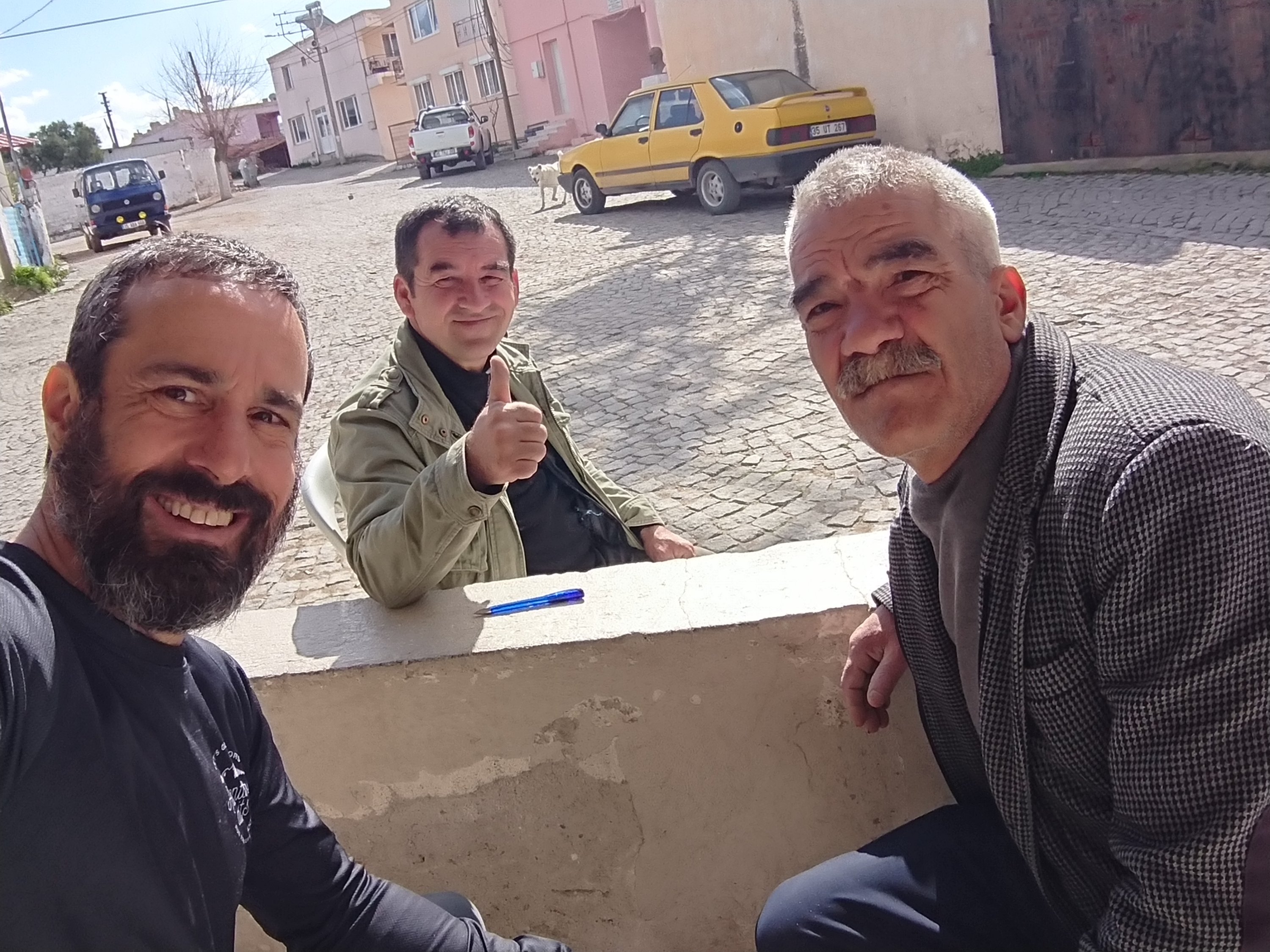